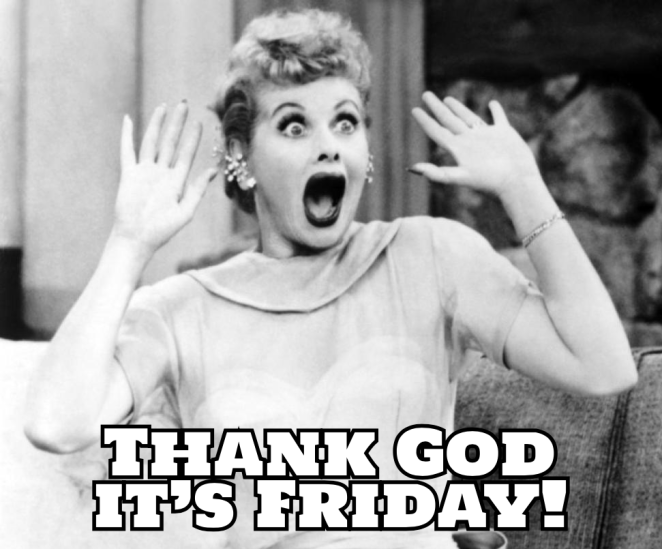 TGIF bitches! Technically Friday doesn’t mean much to me. My days all roll into one. I have to look at my iPhone calendar every day so I know what day of the week it is, as well as the actual date. The only good thing about Fridays is that my husband is home on the weekend. OK sometimes that’s not a good thing. OK OK I’m just kidding. (or am I) 😈 

This past week has been pretty uneventful. I did have a couple of really good meltdowns. Quite frankly sometimes they really do help.  I spend my days playing in Facebook, putting my headphones on and cranking up my music as loud as they can go, reading when my eyes permit it,  and of course television. I have pretty much every channel and streaming service known to man. Even then most of the time there’s nothing on. I keep my TV on all the time. Mostly it’s for background noise so I don’t fee so alone. But there really is only so much of the idiot box you can watch before you go absolutely insane. I stay away from the news channels for the main reason I cannot stand listening to the orange guy in the White House. Every time I hear him speak my IQ drops a few points. I prefer talking to my dog. The conversation is much more intelligent.    there you have it… I don’t talk politics on here but now you know how I feel. Sorry, not fucking sorry at all!  

Now I am going to get lost in Bridget Jones’s Diary .     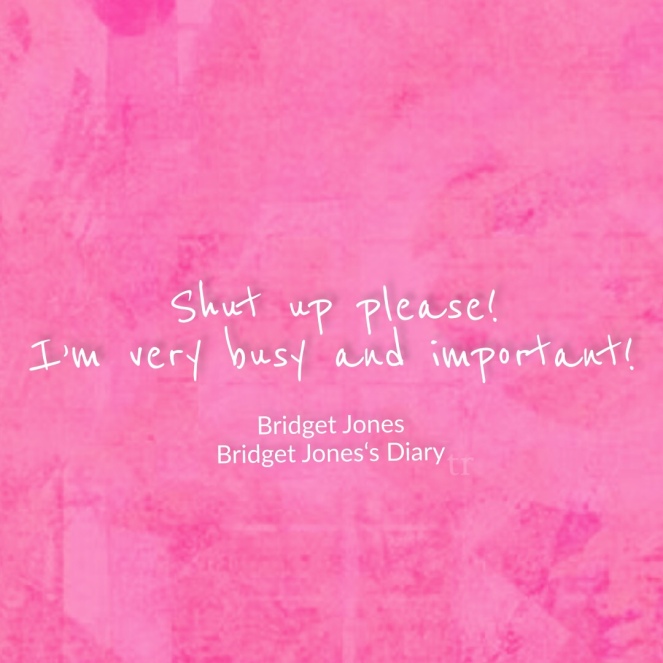 To all reading, I hope you have a wonderful weekend! As always, have courage and be kind!  

Drop by and listen if you get chance!!

Listen to internet radio with The Padded Room on Blog Talk RadBlessings and Hope!

Why is it that when talking politics or religion, some revert to name calling or attacking another’s character if they disagree with them?

I mean, do our brains do a time warp back to elementary school? Do they really think they look and/or sound ‘intelligent’ when speaking this way?

I think they do, or why would they use name calling as their ‘defense’!?

One of Obama’s economic advisors is the CEO of GE. So, obviously he deals with financial issues etc. Well, what about healthcare? GE is partners with United Healthcare and who knows how many other health care biggies.

Right now we use United Healthcare. It is terrible. They constantly deny me treatment and/or medications. After stressful fighting with them and getting appeals going I finally get the things i need.

I guess I should explain that my husband works for a company owned by GE. As of next year, the health insurance is changing, again. In the past 5 years it has changed 3 times, this will make 4. Now, isn’t a big part of Obama’s presidency to ‘reform’ healthcare? Does President Obama know what his ‘friend’ Jeff Immelt is doing to his employees in 2010? Is the ‘reform’ going to STOP big CEO’s and big insurance companies from killing us with their healthcare policies?

In 2010, our insurance is almost going to be like car insurance. The more you pay, the less your deductible. The lowest deductible is 2000.00 per family member. This is to be paid first, then they will pay 80% up to 3500.00, then you get full coverage. And then add what we have to pay for the insurance [4000.00]. WTF!! And, we have no idea about medications. Will the employees be getting raises to help with the high cost of their health [insurance]?? OMFG, roflmao! Hell no!

Now, there is a meeting for the employees to ask questions and voice their concerns. No one wants this, but they do not give a shit. The plan now, does not give GE enough money, so they have found a way to shove the knife in deeper. The meeting is just to appease the masses! HA!

I really want to believe in Obama and his promises. Anyone was better than McCain/Palin…but now I’m not so sure. My faith in my country started going during our last presidency, now I’m not sure what I have to hold on to anymore! Come on Obama, tell this money grubbing POS to STOP! Tell the insurance companies to STOP raising their prices. Stop all the frivolous lawsuits!

I may now have to go on MediCare. I do not want to, but my doctors told me they prefer it. They do not have to answer to the ins. companies for authorizations, they are not second guessed, and their patients get their care in a timely manner. So, maybe I should go on MediCare. I am so completely at a loss right now.

Why is it that members of congress, the senators, etc. get healthcare for life whether they are in office or not? Yet, we as Americans get shit on at every turn. We pay our taxes, we are good citizens, but since we do not have the ability to ‘grease’ the hands of politicians we get shit on.

We live paycheck to paycheck as many do. We own a home, we have two vehicles, and we have gr8 credit. We pay our bills on time…I am just so flustered over all of the BS going on.

So, I ask you President Obama, how can you allow people who work for you to do this to their employees? I want to believe you will bring about the change this Country has needed for the last 20 years. Well, will you?