Start from the bottom – Updates on top! 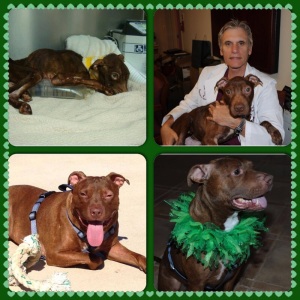 Happy third re-birthday dear Patrick! The world will never forget you, you are loved by many.

Sweet Patrick is finally ‘home’! His living status has been up in the air for quite some time. He has been fostered by the Scavelli’s since he was able to leave their clinic, Garden State Vetrinary Specialists. The Scavelli’s wanted to adopt him from the get go, but The American Humane Society and Popcorn Park were fighting the adoption as they claimed he was their property!! SMH Sad, sad, sad…

The awesome news… It has all finally been settled and Patrick is now in his furever home with the Scavelli Family!!! WOO HOO, it’s about time!! 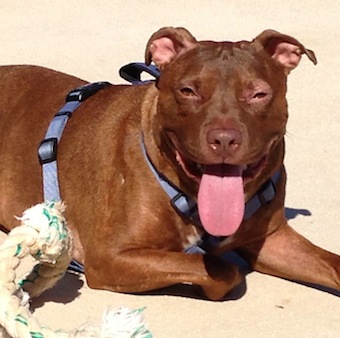 CONGRATULATIONS to Patrick and his family the Scavellis!!

As for Keisha Curtis… 18 months probation!! WOW!! Justice NOT served. She said how sorry she is for what happened to Patrick. [she’s sorry she got caught]

This is awesome news!!! ALL cities and states should follow.

Patrick SHOULD remain with the Scavelli’s forever. The Associated Humane Society and Popcorn Park Zoo is still trying to take him away so they can what, put him in their shelter and find him another home? Keep him in their zoo? Are they fucking serious!!! Patrick is healthy and finally happy in a loving home and AHS wants to rip him away from there. I thought AHS was about doing what’s best for the animals. Seriously, what kind of humane society owns a zoo?? They are wasting the states money and taking the Scavelli’s to court to rip him away. When the devil scum Keisha Curtis has her sentencing, the courts will decide the custody case as well. If AHS takes him away from his family, it is tantamount to abusing him all over again. As it stands, Curtis may not do any time as it is her first offense. Sickening!!! I just hope the courts do the right thing, and let Patrick stay where he belongs… With the Scavelli’s!!

I just pray that she gets the FULL sentence for her heinous crimes against Patrick. Even then, 18 months is NOT long enough for the torture she put him through. She’s a wicked evil piece of shit. How anyone could do that to a living being is beyond me. Pure evil she is!

As for the court battle: The court battle with his abuser is on-going as well as the AHS trying to get him back. Patrick is living with the Scavelli’s!! 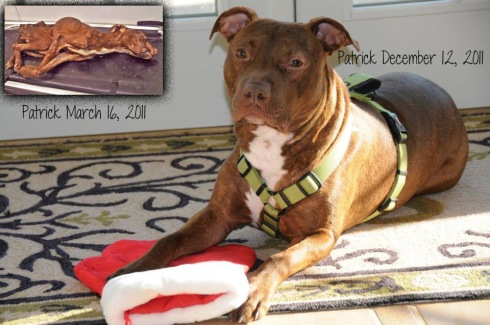 I remember when I saw the first picture of Patrick, I knew this poor soul was gone. When I finally got up the courage to look, to my happy surprise, he was alive… barely. AHS had him for the first day to stabilize him then he was of to Garden State Veterinary Hospital, where the miraculous recovery truly began.

The monster, Keisha Curtis, who did this to him, we pray will pay for her heinous abuse and torture to Patrick.

From the Capt. at NJ SPCA:

To All: In answer to the questions of the Plea Agreement, that Plea was rejected by the Defense Attorney representing Kisha Curtis. The Plea Agreement included 18 months in jail, $5000.00 in fines and an animal ban on the defendent. Again this is not unusual and moving forward we are confident that this case was handled properly by NJSPCA and that our case is strong and solid. Capt

AHS is still fighting to tear Patrick away from the only loving home he has ever known. Patrick has been with The Scavelli Family during this ordeal. He is loved for the first time in his life and they want to adopt him permanently. Yet, AHS is fighting to have him returned to their shelter/zoo. I thought shelters were supposed to want the best for the animals… guess not this one.

Please sign and share the petition below to tell the courts to let Patrick say with the Scavelli Family!

To remove Patrick would be tantamount to abusing him all over again! We MUST let our voices be heard!

For more on this part of the case go here.

“The greatness of a nation and its moral progress can be judged by the way its animals are treated.” -Mahatma Gandhi

This Friday, May 6th, is the trial for Kisha Curtis. She ‘allegedly’ starved Patrick, put him in a plastic bag, and dropped him from a 19th floor garbage chute. This was to be his ‘burial’, but on this day he was saved.

We need to show our support and let our voices be heard and STOP animal cruelty.

Animal abuse is a stepping-stone away from child abuse, and abuse on any person these monsters deem weaker. It is not about the animal or the person;it is about control and power over another living being. It is time to stand together and say, “ENOUGH!”

Please help The Patrick Movement by letting your voice be heard too.

There is a link to a free fax service as well. So, please, take a minute out of your day and help us change the laws and make the abusers pay the price.

A special shout out to GSVS for the love and care you showed him and continue to show him!

Scammers Try to Cash In on Rescued Starved Dog

Please do your research before donating money to anyone. Sad, but there are may human leeches out there that will use tragedy, any tragedy, to make money.

Look at our boy!! What a stud!

**UPDATE 4/4/2011 – Please sign the newest petition which is asking for the maximum sentence for the monster that is Kisha Curtis!

We are hearing that her bail has been dismissed or that it was posted. I am awaiting a return call from the prosecutors office for clarification. The clerks in the office had no idea or were not allowed to tell me.  If, in fact, her bail was dismissed, there will be outrage I’m sure. Dismissing her bail is tantamount to saying what she did to Patrick is okay. I’m thinking she was safer in jail…

I spoke with Marvin Adames from the City Municipal Prosecutors office and he said that her case is through the County Prosecutors office. Their number is – 973-621-4700. I called there, and was told there is no confirmed statement as to whether the bail was dismissed or posted. She was living in Albany when she was finally arrested. She also face charges on shoplifting in Pasaic County. She had a bench warrant out on her for this, as she never showed up for court. Imagine that!!

UPDATE: she was released on bail. They will no longer accept phone calls only fax or snail mail… get writing!

As for Patrick, he is doing wonderfully. Gaining weight slow and sure. Once he is strong enough they will do a procedure to see what is lodged in his intestinal tract. His spirit is strong!

A new petition to sign as well: Justice for Patrick

“The greatness of a nation and its moral progress can be judged by the way its animals are treated.” -Mahatma Gandhi

Starved to the point where he had no temperature, then thrown down a garbage chute like yesterday’s trash, this wass the life of Patrick. He is an approximately one year old Pit/Mix who was brutally mistreated/tortured by his owner.

But this amazing puppy has more spirit than many humans I know and he held on. He made it through the night to March 17, St. Patrick’s Day, and was given the name Patrick.

If these eyes could talk, most would probably not be able to listen about the torture he went through.

I will fight to help other animals that are abused.

“Never believe that animals suffer less than humans. Pain is the same for them that it is for us. Even worse, because they cannot cry for help…” ~ anonymous

Please take a stand!! Sign the petition and help save other animals and make people pay for their crimes. It only takes a minute.

Pictures borrowed from Prayers for Patrick edited by me. Click to join this wonderful FB site for Patrick!

14 thoughts on “A Dog Named Patrick”