The following is from a Facebook post I wrote exactly 2 years ago today when I was at the rehab Institute at Palmdale regional Medical Center. If Independence Blue Cross had not forced me out after one month I would not be fighting to get the proper care that I need! I found out that if they had asked to put me in a nursing home for rehabilitation they probably would’ve covered it. A nursing home!!! Are they fucking serious! You get maybe 20 to 40 minutes of rehab. In the acute rehab you get 3 to 4 hours. I am so angry because Independence Blue Cross took my life from me when they made me leave. Trust me I’m not naïve. I know it’s all about the money. Or possibly the lotto where they throw your name in a hat and decide who gets care this month.  They don’t want us to get well they want us to die. I know I’ve said this before, but how can anyone consciously deny someone life-saving care. I just smile and the fact that, Karma is a bitch and she doesn’t forget.  Okay… I got off track. 😜 Again the following is from my Facebook post from two years ago today:

    I think I need to say something due to some private messages I am getting. What I’m doing is NOT a cure. There is NO cure for multiple sclerosis at this time. What I am doing is making me feel better mentally which is helping me physically. 💪🏻

I have primary progressive MS. Only 10% of people with MS have my type. I was diagnosed in August 1997 so I know what MS is and what it does to a person. I am not new to this. I was told from the beginning I would get worse it’s progressive and there was nothing I could do about it. So I listened to everyone and believed what everyone said. I basically gave up on me and the person I was and became MS. I feel the need to say it again, I know what MS is and how it affects people. I’m living it.

Some people say it’s hereditary. I’m the first in my family on both sides to have anything like this and I really hope it stops with me. I fully believe when you have MS you have had it your whole life. It just takes something dramatic or life-changing to bring it out. That’s my opinion only but that is how I feel about it.

I basically laid down and let it take me over. I know that my MS is progressive. I know it will always be with me until the cure is found. But I also know that by being in this program I am getting muscles back. I am moving again.

I cannot stress enough how bad I was before this. The last four years I literally never left my bed. The only time I would leave was to go to doctors appointments and that was rare. I was paralyzed from the waist down. My legs did not move for the last four years. When I went to the ER on January 16 my arms had stopped working as well. Only my right arm worked a little bit. On that night I made the choice to not end my life and to get help! It took me losing it in the ER at the doctor for them to finally listen to me. And the doctor did listen and he got me help and now I’m here!

As most of you have seen I am moving my arms now and I’m beginning to get back some of what I lost from my waist down and it’s only getting better. I am done listening to the doctors and to other people that it (physical therapy etc.) won’t change anything. This therapy I’m in IS changing everything! They know I have MS and they are working it around me. Last night I woke up and the MonSter that is MS tried to come through. I told it to get the fuck away from me, that this is my time now. This morning I worked through the feeling and I made it. 👍🏻

MS is different for all of us. But what I’m doing is helpful for all of us. It’s never a bad thing to keep moving. The old adage, move it or lose it, I learned the hard way that it is true.

So, again, I know this is not a cure. But what it’s doing for me mentally is completely amazing. I forgot what it was like to be positive. I have surrounded myself with negative for so long that I thought that’s how life was. It’s not!

If sharing my story helps even person, my journey (even the excruciating pain) will be completely worth it! 🧡 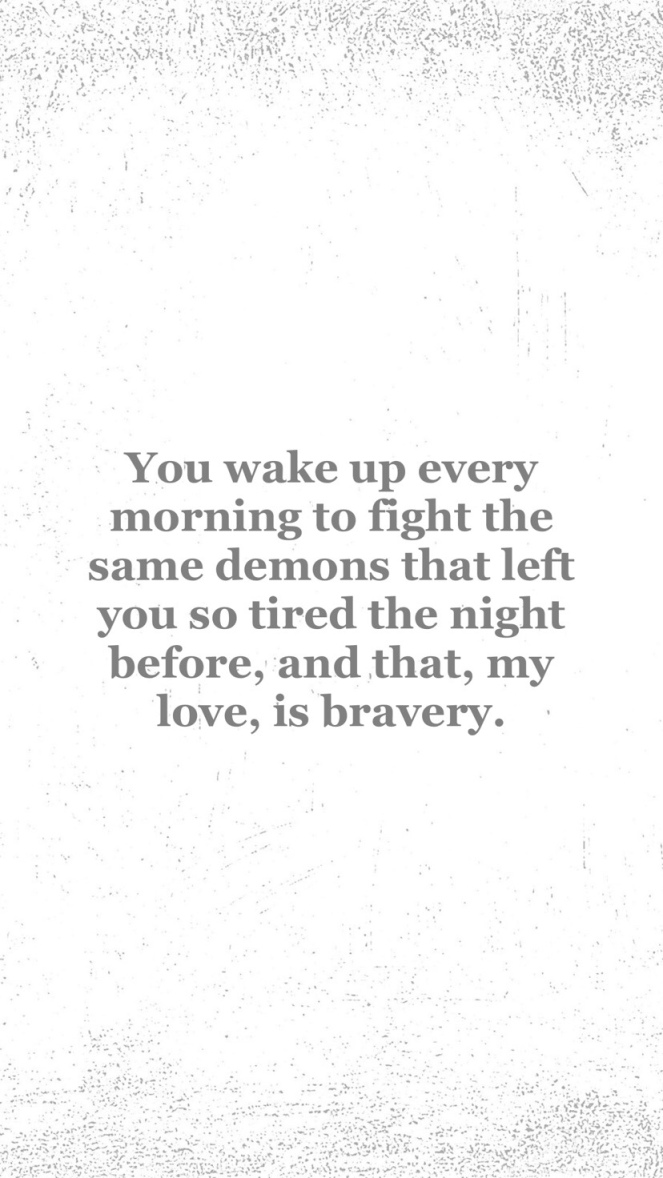 Have courage and be kind.