Even when it’s not OK… It’s just easier. Either way I don’t like telling how I’m feeling because it’s just too depressing.

Right now not much is OK. We think that I may have a possible fracture in my right hip from when we were doing my leg exercises. Our doctor appointment with the pain management doctor was today and I couldn’t go because the moment I’m rolled over to get in my Hoyer lift the pain is just too much. So I was hoping that the pain management doctor would possibly help me by getting an ambulance to pick me up get me to the hospital for x-rays. I guess they don’t do that. He really wants me to get to the hospital but there’s no way he can help me do it. Unfortunately we cannot afford an ambulance bill because our insurance thinks they’re out of network. AMR charges about $2000 a trip for a 4 mile drive. Now eventually my insurance pays for it after I appeal it one or more times. I’m tired of having to do that every time so it’s just easier not to get the ambulance. Then if I go to emergency the  emergency room doctors are always out of network, so I have to fight the insurance company again. And usually for a two minute interaction with the doctor it’s anywhere from $1600-$2400. I am so fucking tired of having to fight every time.

So now I don’t know what I should do. I’ve been let down time and time again by these doctors out here say that want to help me and then just passing the buck or don’t go out of their way at all to help me. All my pain management doctor had to do was make a phone call but I guess that’s not his job.  Who knows maybe things are different now… the way our country is going right now everything is fucked up.

So now I am going to try and find an ambulance that takes my insurance because I know AMR does not.  But then I run into that catch 22 of having to deal with the out of network doctor at the emergency room. I just can’t fucking win. 😳

There was an article about another celebrity and her anxiety due to her multiple sclerosis. Now while I feel horribly bad for anyone being stuck with this disease celebrities will never know the real struggle. They will never know what it’s like to not have money for help. They will never know what it’s like having doctors drop the ball on them because they can afford the good doctors. So yes I feel very bad for anyone with this disease, but please if you’re a celebrity don’t act like you know the struggles and how hard it is. You have the luxury of being able to get help. I know I sound like an asshole and bitter, but if I were a celebrity I wouldn’t have these issues.

As always you lovely people… Have courage and be kind! 🖤

All about Dr. Hottie! His name is Dr. Thomas Nasser, DO. This part is about how he helped me start my new journey.

By now I had seen Dr. Muscles and awesome Dr. Pretty. [the psychiatrist] I truly need to find out their real names. All of a sudden the curtain opened and this very attractive man walked in my room. He introduced himself as Dr. Nasser. I looked at him and apologized because I told him they they sent me the wrong Dr. Nasser. You see his wife, Dr. Susan Nasser, is my primary care doctor. He laughed a little and said,” you must mean my wife.” All I could think of was they must be the power couple in the valley here. He explained that he was a pain management specialist and that he ran the Rehabilitation Renter at Palmdale Regional Medical Center. He had been told of my plight by Dr. Muscles. He wanted to ask me if I wanted to go to his rehab to get help. Again, for those of you that know me when I know something, I’m always right. I explained that I have primary progressive MS and there really isn’t anything he could do for me. Again, he just smiled and basically he told me, well then there’s nothing to lose right?

In this moment I had so many things going through my head. I was drugged up on morphine, and everything was still hazy about what had happened the day before. Hell this might’ve been the same day I truly can’t remember. All I  could think about was being told for so many years there wasn’t much I could do once the progression started. The new medication, for the progressive forms of MS [Ocrevus], I could not go on. Something about being too disabled. I will talk about that another time. All the while he just stood there waiting for my response. 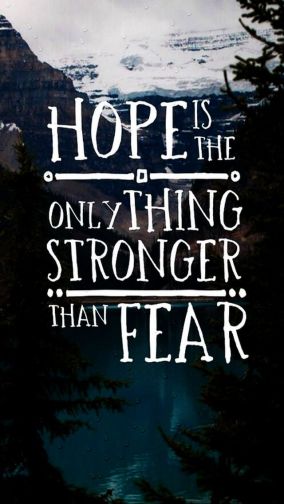 I looked at him and said. “I don’t think you know what you’re dealing with, but yes, I would love to try it.” I told him that my insurance probably wouldn’t do it, and he told me not to worry about that. When he left the room I was scared. The pain I have on a daily basis is about a 10+. But As my fellow MS’ers know we learn to deal with it. I knew doing this was going to be hell-a painful and hell-a hard. And there was that little asshole voice saying ‘it won’t work.’ And, again, I was scared. No, fuck that, I was PETRIFIED!! Could I deal with the pain? Could it, would it, really work. NO, it won’t work!! Nothing will help!! That damn voice would not shut the fuck up!! Then somehow… from somewhere… a strange feeling overtook me. HOPE!! Real hope. A feeling that I had lost many years ago. You see hope was my mantra. Then, hope became paralyzing. Hope became a word that made me cry. But, at this moment, hope was back. I’m not a great writer, so bare with me as I try to explain the feelings that took over. I see/feel dark and light. Dark and light clouds, if you will. My cloud was pitch-black and gloomy over me. I felt the cloud ‘open’ and light enveloped me. I was shaking and tears were streaming down my face. Fifty-three years of negative forces went flooding past me and a rainbow of positivity swept over me. Maybe, just maybe, this would work. Maybe, just maybe, I could get my life back and save my family.

Have Courage and Be Kind