Well those are not the words that were used, but that’s exactly what was meant. I’m too disabled for the DMD’s. That unfortunately in my current situation I am more susceptible to the side effects. Because of my bedridden status my body is at higher-risk of infection. With my constant bladder infections it could easily lead to sepsis. Because of the cancer that runs in my family I’m more apt to the cancer side effect of Ocrevus. And, in a nutshell, it’s not really meant for the primary progressive form of multiple sclerosis. I hate being right. I knew that the big hype that this was the first medication for the progressive forms would not mean primary progressive. If I want to be on the medication they will classify me as secondary progressive… and that’s not happening. I’m numb right now and I’m trying to come to terms with this. I’m angry too. There are people out there going med free thinking that they’re beating the monster that is MS. In the background MS is still progressing and doing its MS thing. I’m scared for them because when the relapse hits, and it will hit, it will be too late for them. They are blessed to be able to be on one of the many medications out there now, and they’re not doing it. I understand it’s a personal choice, I get that. But MS is not stopping because they’re eating right and exercising. That’s not going to slow or stop the progression. That’s not opinion, that is fact! I’m angry because I want to be on one of the medications and I am not able to take one. And for me the side effects aren’t nearly as awful as the MS. I’ve had to be med free, I’ve done the good healthy eating, I do the exercise as much as I can, and I still progressed to being bedridden. I’ll trade anyone of you people to be on those medications. Do you want to trade your MS for mine? Yeah I didn’t think so.

Before anyone says get a second opinion, this is the second neurologist opinion. He did say to keep doing what I’m doing regarding exercise and eating properly. But he also explained that I shouldn’t get my hopes up because I probably will not get back the use of my legs to transfer etc.. The good thing is with exercising I’m getting what’s called muscle memory. That’s pretty awesome because it’s much better than atrophy. But it really is kind of a second gut punch to me. I know in my intelligent brain that I can’t really get back everything I’ve lost, but in my hopeful mind I wanted to believe I could. So I will keep exercising the best I can and continue on. I have to, there is no other option. I will not fall back into my negative mind. I will keep my new positive outlook going and fight through this as I have fought through everything for the last two decades.

The main thing I have to do now is to let go of the what ifs. What if I had gotten into a physical therapy straightaway when I fell November 2013?  What if my doctors had been more proactive with me? I can’t go back and change any of it and I need to let it go. I need to move on from here and continue doing what I’m doing. 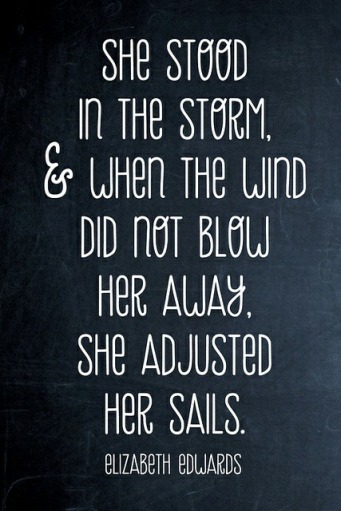 On in a bit of a positive note I did finally get my x-rays done. That fiasco is for another blog. LOL I’m hopeful this will give them some more information in combating my pain. Right now that’s my focus. If we can figure out what’s causing my pain and get it under control I may be able to be in my wheelchair more. So that will be my next journey, the journey for pain relief.

If you’re able, go out and seize the day, because you never know what tomorrow will bring.

Have courage and be kind…

12 thoughts on “Too Disabled…”