Taking a small break from my journey to pay tribute to the woman, who I know, helped to save my life.

We ‘met’ July of 2012. Both of us were/are big on animal rescue. I was commenting on a post regarding some asshole rescue. I noticed two disgusting humans attacking Carolyn in the post. Carolyn was holding her own, [she was and will always be fierce] but I could not pass by without defending a woman I did not know…yet. I went in and began to rip these two asshats apart for their disgusting name calling and attack on Carolyn. Needless to say, we became instant friends. We messaged each other and soon would be talking on the phone. We saved many babies that ended up in the pound by cross-posting and annoying the shit out of people. LMAO

Carolyn was someone who loved the Lord and was not afraid to share her love. I had lost my faith and she knew this and never made me feel bad about it. She would always let me know it was okay, but she would still pray for me every day. She said a prayer for me over the phone one day, and I felt chills all over my person. People pray for me on the daily, and I appreciate it, buy I never felt a presence like I did that day.

I knew she was an amazing soul, I just never knew she was also the most humble soul I would ever meet. She never talked about her past. One day while on the phone, I asked her about a picture I saw of Ray Charles and her. She laughed a lil’ [how I loved her laugh] and said, “Yes, I knew him!” laughing Knew him… she not only knew him, she produced records for him. She was a Warner Bros. Record Executive. She was an Associate Producer and Talent Agent for the ‘Dinah Shore’ show. This is just a small part, and I mean small part, I nicked from her page:

I could brag about this brilliant beautiful woman for days. She deserved so many kudos in life. If I had not asked, she never would have said anything. Like I said, HUMBLE, truly humble. There are parts of her story that will remain with me. Just know that she was STRONG, A WARRIOR, and A GODDESS!! 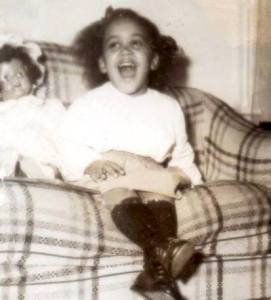 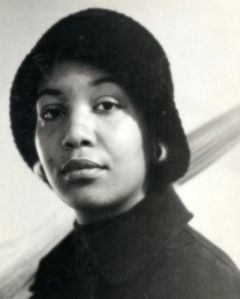 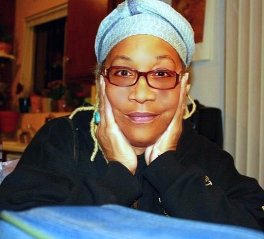 A few years ago her trusty Mac died on her. Times were tough at that moment, so I gave her my old MacBook Pro. My husband took it to work with him at NBC/UNI. She didn’t want us to have to take it to her, especially in the shape I was in at the time. Typical Carolyn. She needed no directions as that girl had been there before. 😉 She pulled up in her Vintage Benz, got out, went to my hubby, and hugged him hard. She stepped back, looked at him, and hugged him hard again. She told him, “Take care of my girl!” Now, for the kicker… I was so jealous that my husband got to hold her and see her, because I never had. ☺ We made plans for the six years we knew each other, but health issues and life always got in the way. Yet, I loved her like she was family, and she loved me back. In her last couple weeks on this Earth, she fought hard. She called me during that time and said, “God is good, I’m getting better. We are going to get together young lady!” Then, just like that, she was gone.

I will never be able to do her life justice. I know she is the reason I’m alive today. I know she was in my room when I came to my crossroads. I know she was with me on the day of her service, that I watched via live stream in the rehabilitation center. I felt her presence then and I feel it now. She was bold in life and she is bold in Heaven!!

I miss her laugh, I miss her voice, and I will miss her forever.

She once told me, “Girl, things always happen for a reason. We found each other, didn’t we?” Followed by her beautiful, infectious laugh.

Have courage and be kind.

8 thoughts on “My Angel in Heaven – Carolyn B. Baker”